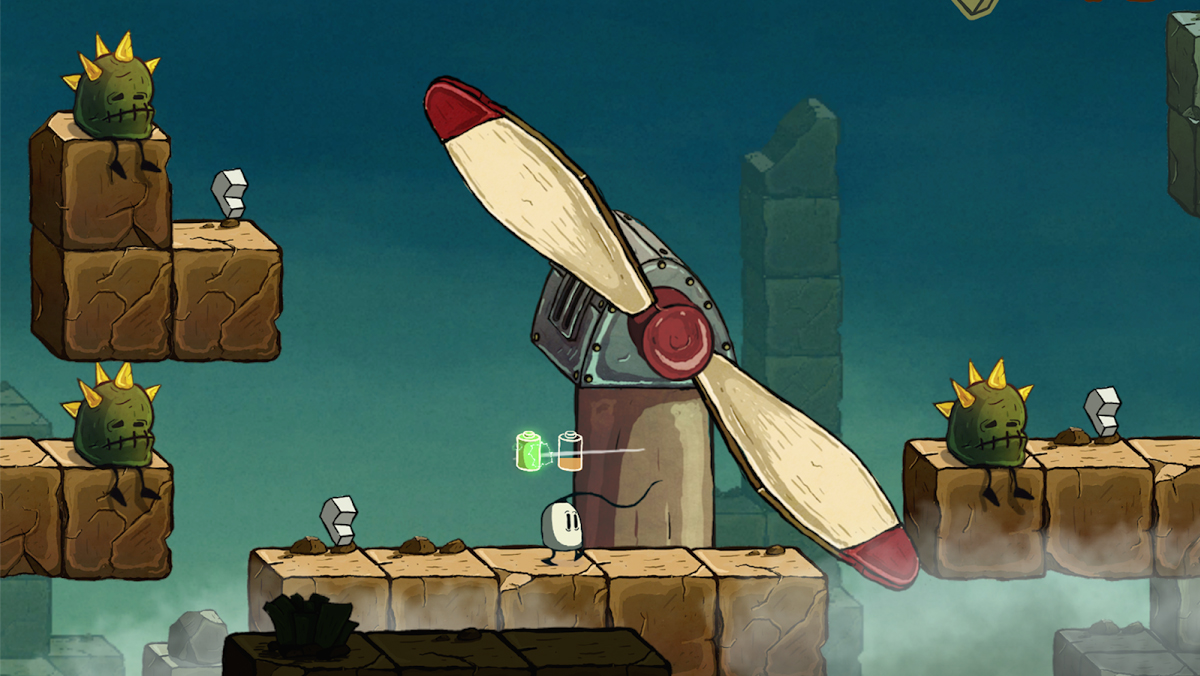 There’s a great sense of freedom from the second you immerse yourself in the strange and futuristic world of Power Hover. The robot protagonist has been charged with pursuing a thief who’s stolen batteries that power the city.

The droid therefore grabs a hoverboard and scythes across gorgeous minimal landscapes, such as deserts filled with colossal marching automatons, glittering blue oceans, and a dead grey human city.

In lesser hands, Power Hover could have been utterly forgettable. After all, you’re basically tapping left and right to change the direction of a hoverboard, in order to collect batteries and avoid obstacles. But the production values here are stunning.

Power Hover is a visual treat, boasts a fantastic soundtrack, and gives mere hints of a story, enabling your imagination to run wild. Best of all, the floaty controls are perfect; you might fight them at first, but once they click, Power Hover becomes a hugely rewarding experience.

(On Android, Power Hover is a free download; to play beyond the first eight levels requires a single £2.29/$2.99 IAP.)

The best Xbox One X games

Catch AC's Daniel and Florence on this week's All About Android!

Galaxy Note 9 Now Getting Samsung One UI Beta, Here&rsquo;s How to Get It

US & Canada VCs favor late-stage giants over upstarts in Q4

Here are the first videos of the Apple Watch Series 4, iPhone XS and iPhone XR

Smash your fitness goals, not your wallet with AU$100 off the Fitbit Versa

Paralenz: The World’s First Action Cam Made Specifically for Divers

Two years after WannaCry, a million computers remain at risk

The Creative Process of Photography: A Case Study