Aston Martin has gone wild in the best possible way.

Q by Aston Martin started with a refurbished Aston Martin One-77’s carbon-fiber monocoque and rear housing, though Aston Martin said these elements weigh less in the Victor. The carbon-fiber body panels were sculpted using computer fluid dynamic testing to beat GT4 levels of downforce. The result is about 60% more downforce at 100 mph than a race-prepped Vantage GT4, according to Aston Martin. 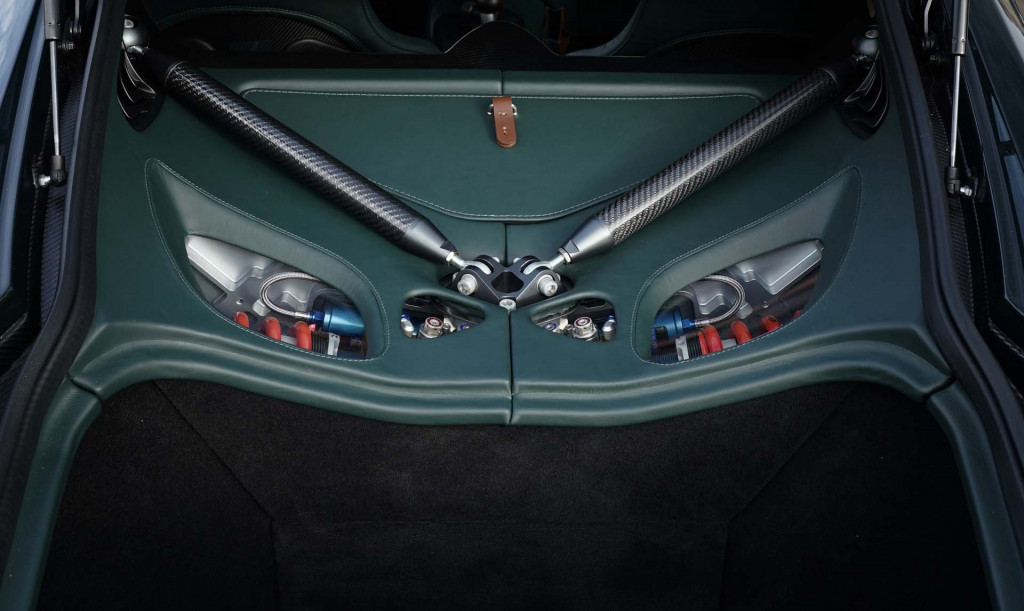 Underneath the bodywork, which is inspired by the Vantage V8 of the ’70s and ’80s, are elements combined from the Vulcan hypercar and One-77 supercar. The 6-way adjustable in-board springs and dampers from the track-only Vulcan were ported over into the One-77’s chassis. Intricate center-lock wheels hide 15-inch front and 14-inch rear carbon-ceramic Brembo brake rotors with 6-piston calipers.

The Victor is powered by the One-77’s naturally aspirated 7.3-liter V-12, which was rebuilt and massaged by Cosworth to produce 825 horsepower and 605 pound-feet of torque that drives the rear wheels via a Graziano 6-speed manual transmission. To handle the heat generated by the engine, the transmission features two coolers and a one-off racing clutch. 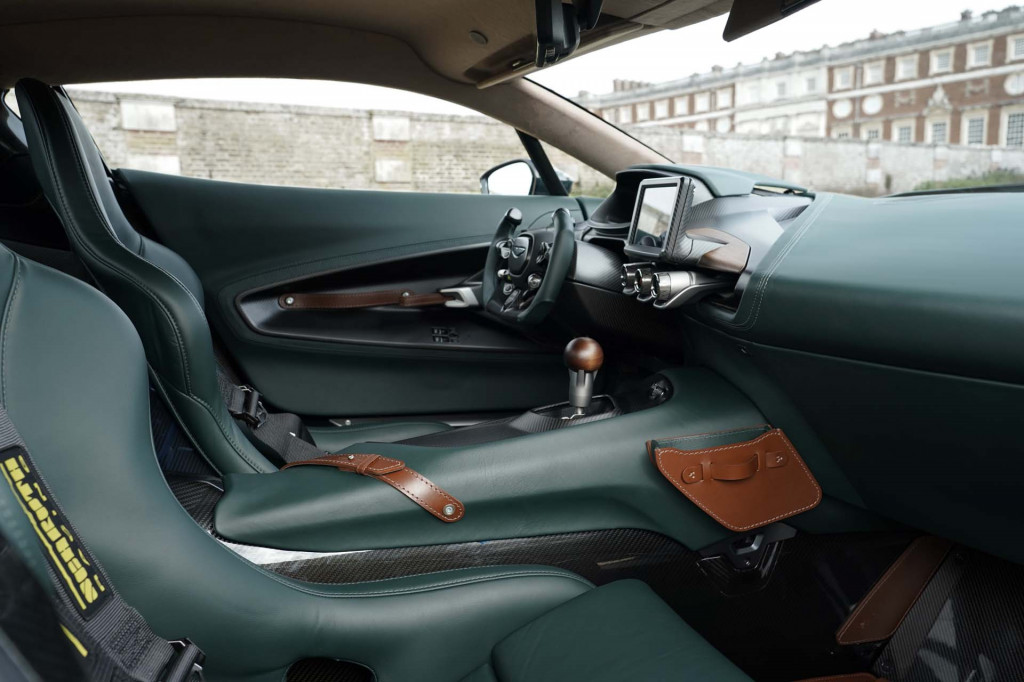 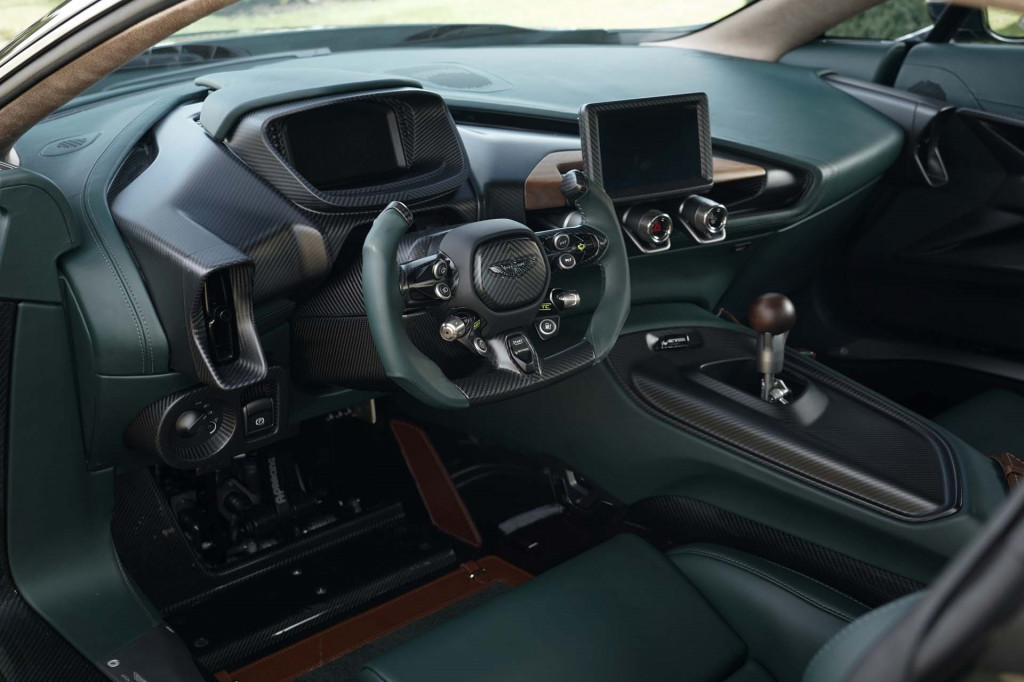 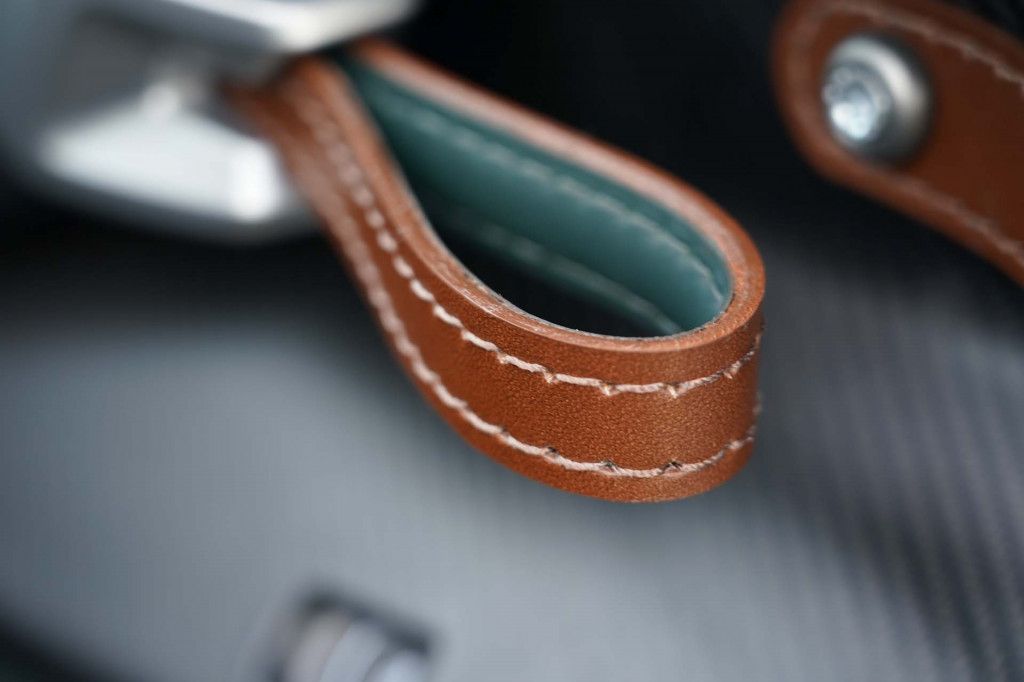 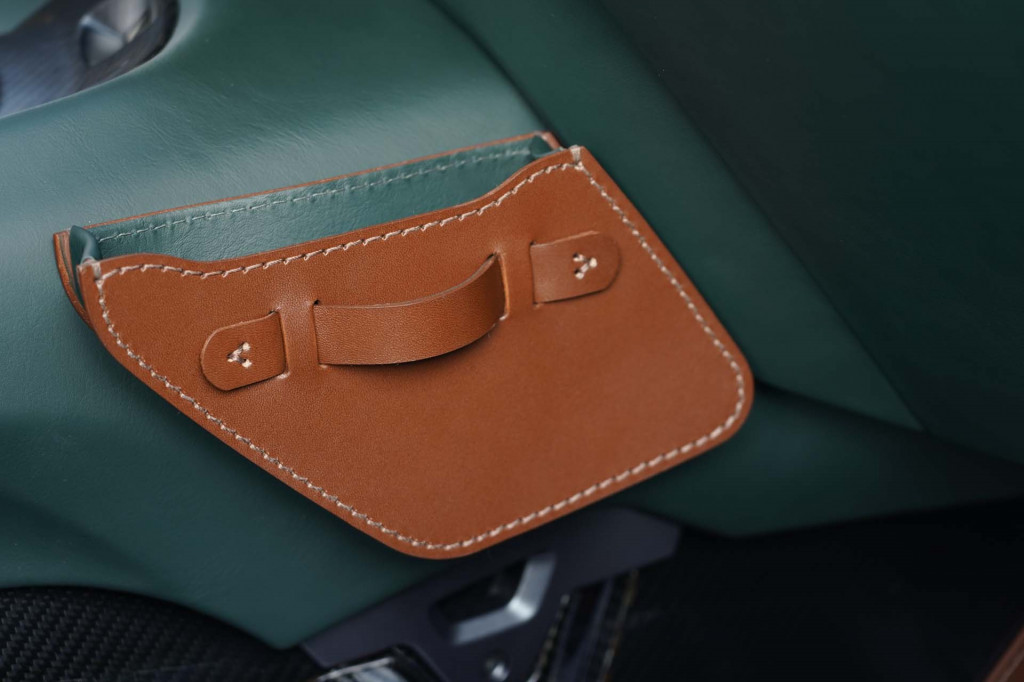 Inside, the Victor is covered in Forest Green and Conker Bridge of Weir leather. Anodized aluminum and polished machined titanium bits of bright work around the cabin act as jewelry. A bit of warmth is added by the cashmere headliner and solid walnut wood on the dashboard and round gear knob. The finishing touch is the Vulcan’s squared-off, topless steering wheel.

The Victor’s name is derived from Victor Gauntlett, who was Aston Martin’s executive chairman during the era of the DBS V8 that was developed to race in the 24 Hours of Le Mans as the RHAM/1 and V8 Vantage.

Both the owner and the price of the Victor have not been disclosed, but no other builds are planned. The Victor is on display on Friday at the Hampton Court Palace Concurs in Molesey, England.

BlackBerry and Amazon team up on vehicle data and software platform

Gmail for iOS Gets Its 'Biggest Overhaul in Nearly Four Years'

The Leica M7 Has Been Discontinued

New payments start-up can save charities billions of pounds

The Xbox One X: Initial Impressions

How to watch Love Island online for free: stream season 5 from UK or abroad

Amazon, Flipkart, Ola and Uber begin to resume their services in India

iPhone 12 Mini Will Have a Downside: Here's Why Its Charging Ability Will Disappoint You

12 Inspiring Talks by Photographers at Google