Tech giant Apple annually shares its top lists of free and paid apps and games from the iOS App Store, and almost every year, the year in review list shares some similarities–except for 2020. 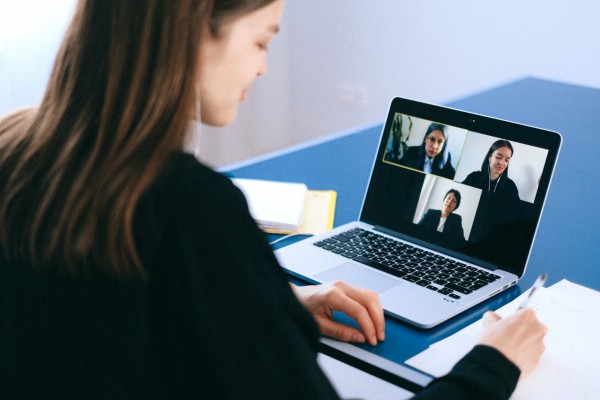 (Photo : Anna Shvets from Pexels)
Zoom has unsurprisingly got the award for the Most Downloaded Free App of the Year.

The Most Downloaded App of the Year

Apple shared its latest list of top games of 2020, top of 2020, and the most downloaded app of the year on Tuesday, December 1, after a year of mostly staying indoors due to the coronavirus pandemic, distance learning, and remote working.

With that, it’s not a surprise that this year’s Top App of 2020 and the Most Downloaded Free App of the year is ZOOM Cloud Meetings, the video conferencing software that everyone’s been using for online school and meeting remotely with colleagues.

It’s the must-have app for this year, so many have probably guessed it’s going to be on top of the list of Apple’s year in review.

According to Mashable, the tech giant does not actually share the total downloads of each app, however,  here are the following apps that made it into the top ten list of most downloaded apps this year:

Read More: Apple Music Wrapped: How to Get This Spotify’s Nemesis to Replay Your Top Songs This 2020?

Besides the most downloaded free apps, Apple has also shared the top paid apps.

According to Macrumors, the editing app TouchRetouch garnered the top spot, allowing users to quickly remove the clutter from their background, which is again a common trend this year due to remote meetings.

Meanwhile, when it comes to the top free games of the year, Innersloth’s “Among Us” has garnered the top spot after gaining new-found success and popularity later this year, two years after it was initially released.

Meanwhile, the top paid games of the year include the ever-popular “Minecraft,” which is followed by “Plague Inc.,” which quickly garnered more popularity early this year following the COVID-19 pandemic that swept the world, although these games have long held the top spots for the past few years.

“This year, more than ever before, some of our most creative and connected moments happened in apps. This was thanks to the amazing work of developers who introduced fresh, helpful app experiences throughout the year,” Phil Schiller, Apple Fellow, said, as noted by AppleInsider.

Furthermore, Schiller noted the remarkable efforts of developers worldwide to provide Apple users with their services, from keeping us fit to helping our kids’ education stay on track.

“These Best of 2020 winners are 15 outstanding examples of that innovation,” he said.

Tons of other breakout apps and games have been awarded this year by the company, including apps that were popular on iPhone, iPad, and Mac.

Developers of the winning apps have been awarded a commemorative trophy made from 100% recycled aluminum that resembles the blue App Store icon.

Apple M1 Macs Would Have a VLC Media Player Update with Full Support—Here's How to Download!

Apple's Tim Cook Clarifies Parler Could Return on One Condition: 'We've Only Suspended Them'
more news from the blog

This 2005 Ford GT was never titled, and it's now for sale
Twitter may slow down users’ ability to ‘like’ tweets containing misinformation

My Photos of Kyrgyzstan, The Hidden Gem of Central Asia

If we didn't have steering wheels, would cars look radically different?

You can now race Fast and Furious characters in Anki Overdrive

Salesforce, Google, Microsoft, Verizon are all eyeing up a Twitter bid

Mercedes-AMG has a new A45 coming, and this is what its drift mode can do

How Flipkart's MarQ Label Launched Its First Laptop, and How It Plans to Succeed: Interview With Adarsh Menon

Apple Q2: iPads up, iPhones down