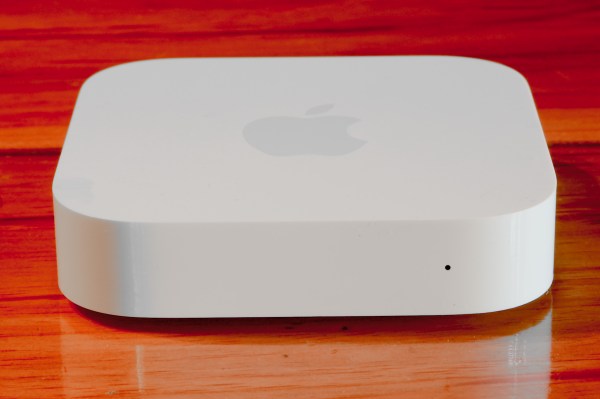 Surprise, the AirPort Express isn’t dead! While Apple stopped selling AirPort products back in April, the company is still updating the firmware of the once beloved AirPort Express.

This firmware update is quite significant as it adds support for AirPlay 2 and the Home app. In other words, you can now plug speakers to a dusty AirPort Express and turn them into wireless speakers for your home sound system.

The AirPort Express was a pretty basic home router. It hasn’t been updated since 2012, which means that it’s nowhere near as performant as today’s cheap routers. It only supports 802.11n while everybody has moved on to 802.11ac.

Its Ethernet ports are limited to 100 Mbps. So if you have fiber internet, the AirPort Express is not a good solution as it caps your internet connection to 100 Mbps.

But the AirPort Express also has an audio jack — something that you can’t find in many Apple products these days. Today’s update makes this audio jack relevant again, as it’s a cheap way to get started with AirPlay 2.

After updating the device with the AirPort Utility app on your Mac or iOS device, you can launch the Home app and add the router as a new Home accessory. After that, you’ll find the AirPort Express in your AirPlay speaker list.

Apple recently released AirPlay 2, an update to its audio and video protocol. With AirPlay 2, you can stream music from your Apple devices to multiple speakers at once. On your phone, you can control the volume of each speaker individually and play the same song across your home.

While Sonos, Bose and other speaker manufacturers are updating their devices to support AirPlay 2, chances are many devices won’t get an update. The AirPort Express update can help you go through this transition.

How to Bring Out That "Work From Home" Productivity? Get Yourself a Self-Stirring Coffee Mug!

We’ve come full rectangle: Polaroid is reborn out of The Impossible Project
more news from the blog

iPhones are much more unreliable than Android devices, claims report

Amazon now lets you separately subscribe to Prime Video for $8.99 per month

Google’s Now on Tap gets even smarter

McLaren to challenge SF90 Stradale, Valhalla with hybrid hypercar in 2020

Apple is making a series about Emily Dickinson

Royal Enfield revives 650cc twin motorcycles from its storied past

Fujifilm Acros 100 Film to be Killed Off in October 2018, Report Says
Watch a plane land itself truly autonomously for the first time

The difference between smartphone gimmick and game changer

Novel cyberthreats: how to stay safe when working from home