Apple opened its first store in Taiwan on Saturday with more than a thousand shoppers flocking to the site located in the island’s landmark skyscraper and tallest building, Taipei 101.

The launch comes just weeks after the US tech giant unveiled a Singapore branch – its first in Southeast Asia – which it expects to be among the most popular Apple stores in the world.

“This is an incredibly important region for Apple,” the company said in a statement.

Excited fans in Taiwan thronged upon the new store with its iconic glass facade and more than 100 iPhones, iPads, Macs, Apple Watches and iPods laid out for customers to try.

They were greeted by cheering and applauding staff who chanted “welcome” and “Apple Taiwan”,

In a bid to tap into Taiwanese culture, the company also handed out red T-shirts with a Banyan Tree print inspired by artwork from local paper cutting expert Yang Shi-yi. 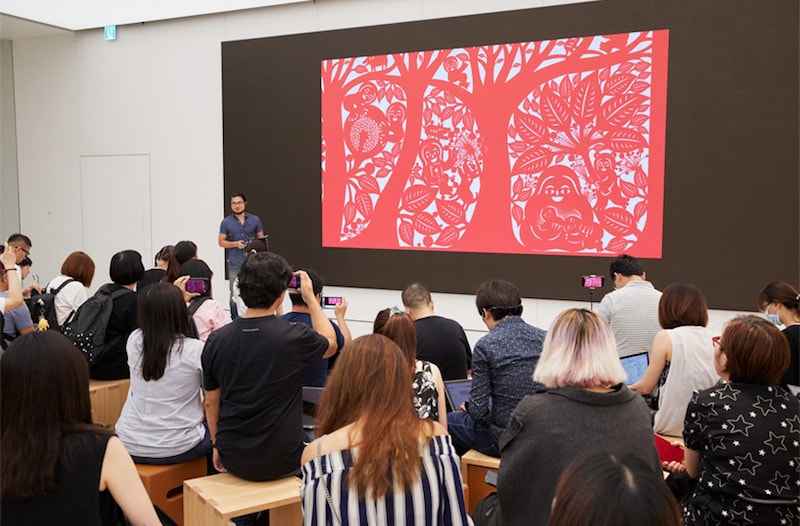 Near the store entrance a big-screen image of Yang’s work loomed over wooden chairs to replicate the traditional Taiwanese custom of meeting under a Banyan tree.

“It’s a pretty unique design for a store, and I like that they have a place like that for people to meet,” said 28-year-old American tourist Steve Burt, who queued for more than a day to be the first in line to enter the store.

Apple celebrated its 40th anniversary last year. Most of its earnings come from the iPhone, which faces increasingly tough competition in a saturated market.

“I am really glad that there is finally an Apple Store in Taiwan so I don’t have to send my iPhone to another country for repair,” said 19-year-old college student Shih Feng, who also camped overnight for Saturday’s opening.

Apple has almost 500 stores globally with more than a million visitors daily. Elsewhere in Asia it has stores in Hong Kong, China, Japan and Singapore.

All Windows 10 PCs will get Windows Holographic access next year

AP’s Robot and Remote Canon DSLRs at the Olympics

6 things you need to know about the Volkswagen Atlas

Starlink: Battle for Atlas 'Is Bigger Than Most Open-World Games Ubisoft Makes'