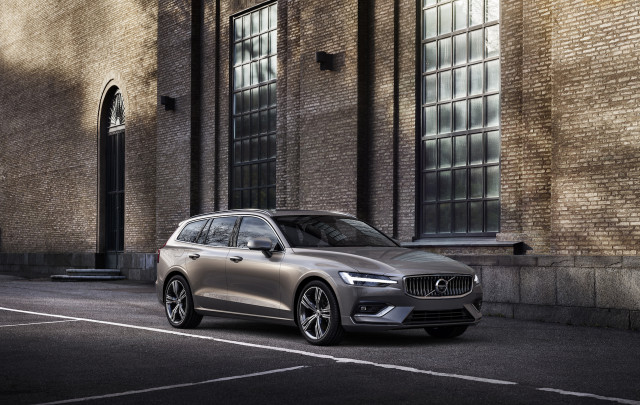 As I sit in the 2019 Volvo V60’s supremely comfortable seats and drive through a flash flood in Tarragona, Spain outside of Barcelona, I ponder just how much three inches really matters. You see, the V60 is a wagon—the kind of car that Americans don’t like to buy—but it shares its Scalable Product Architecture (SPA) platform, its powertrains, and much of its design aesthetic with the XC60 crossover SUV, which is the kind of vehicle Americans do like to buy.

Basically, the difference between the V60 and the XC60 is three inches of ground clearance. Should that really make the difference in so many sales? No, but it will.

The rain in Spain

I would argue that it shouldn’t. The V60 has several advantages over the XC60, and in these streets flooding with about 10 inches of water, a few disadvantages.

That ride height would come in handy right now to help it ford this standing water. However, by going slow and choosing a careful path, the V60 gets through it. Barely. Those inches would also help in the snow, and they provide a higher seating position for a better view ahead in traffic.

The other 97 percent of the time, the V60 has the advantage over its SUV counterpart. The lower ride height makes it handle better, look sleeker, and cut the air better for what is likely better fuel economy (numbers aren’t available yet). It also weighs a bit less, and will probably cost a few thousand dollars less (again, pricing isn’t available yet).

After a few tricky moments dealing with in-town flood waters brought on by heavy rain, we escape town and get onto highways that are wet but are free from standing water. It’s time to experience the V60 in an non edge-case scenario.

The new V60 isn’t your grandfather’s station wagon. Its angular lines give it a thoroughly modern aesthetic, and it’s long roof works here not to create a stodgy appearance but to accentuate a low look that reads as sleek and sporty. Take those three inches of ride height out of the XC60, and it would look awfully similar.

Inside, anyone who has driven a recent Volvo will think they’ve seen this movie. That’s not a bad thing. It’s a rather luxurious place to be.

Those seats are not only cosseting in their shape, but Volvo also offers heating and cooling, active bolsters, and even a massage function. They’re also available with a cool plaid cloth insert called City Weave on the T5 Momentum base model, and otherwise come in supple leather.

Aside from the seats, the V60 offers the same basic design as its SPA siblings with many of the same soft-touch materials on most surfaces. In fact, in this Inscription model, I have to look pretty hard to find cheaper plastics, but I spot them on the lower portions of the C-pillars. Volvo covers the dash top and door panels with a leather-like material, and even adds stitching to the dash.

This is how Lamborghini's Countach got its name, and it's not what you think

Wilder vs Fury 2 live stream: how to watch the huge boxing rematch from anywhere

Three Simple Ways to Get &lsquo;Cash&rsquo; and Other Rewards From Google

You can now play your music across multiple Echo devices

This box sucks pure water out of dry desert air

Amazon launches a low-cost version of Prime for Medicaid recipients