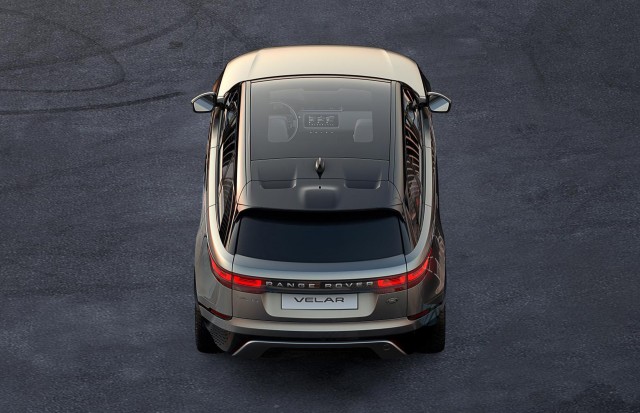 We spotted the 2019 Mercedes-Benz C-Class; Audi priced the new 2018 S4; and we got an official glimpse of the Range Rover Velar. It’s the Week in Reverse, right here at Motor Authority.

The BBC released a trailer for the new season of “Top Gear,” and it looks promising. Now hosted by Matt LeBlanc, Chris Harris, and Rory Reid, the show returns to the formula of having fun with cars and camaraderie among the hosts that we’ve all come to love. The new season is set to premier on March 12.

Jeep is set to launch the new 2017 Compass and we’ve compiled a list of 10 things you need to know about the new crossover SUV.

The 2019 Mercedes-Benz C-Class has been spotted undergoing cold-weather testing. Set for a facelift, the C-Class will get revised styling, new tech, and new powertrains.

This is the Surface Studio, Microsoft’s new all-in-one PC

One of ten Ferrari J50 special-edition cars surfaces for sale

The refined Samsung Galaxy Fold is officially available in the US

SpaceX caps a record year with 18th successful launch of 2017

Amazon Fire TV Stick vs. Fire TV 4K: Which should you buy?

Outlook.com breach allowed hackers to read (some) emails for months

Parrot To Release Fixed-Wing Disco Drone Next Month: 50 Miles Per Hour With First-Person View Headset For $1,299

Apple Rolls Out iOS 11: Here Are Some Of The Best New Features To Try First

Porsche is officially done with diesels