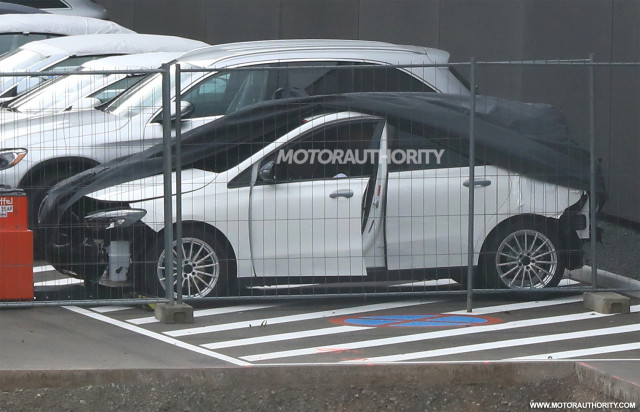 Mercedes-Benz engineers have started the first public trials of the redesigned B-Class minivan.

The car represents just one of eight body styles Mercedes is planning for its next-generation compact car family, the first member of which will be a redesigned A-Class hatchback debuting in early 2018.

Others will include replacements for the CLA, CLA Shooting Brake and GLA as well as some new additions such as an A-Class sedan and GLB SUV.

We expect the B-Class to trail the A-Class hatch by about a year. However, don’t expect it to see it in the United States this time around. We get the current B-Class in electric guise only but the car will be dropped after the 2017 model year to make way, eventually, for a new EQA compact electric car. 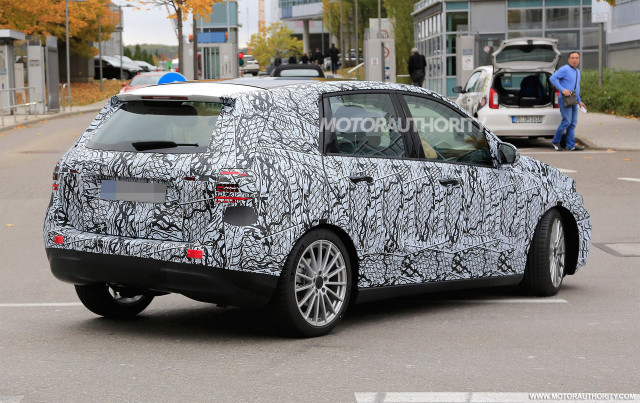 Despite its stodgy image, the B-Class is a vital model in Mercedes’ portfolio, particularly in Europe where its higher seating position appeals to older buyers and its spacious cabin to young families.

Underpinning Mercedes’ next-generation compact car family is an updated version of the automaker’s MFA (Modular Front-drive Architecture) platform. Aptly dubbed MFA2, the updated platform will bring weight savings plus the capacity for alternative drivetrains. The B-Class will use a stretched version of the platform.

Powertrains will include a series of inline-4 units, in both gasoline and diesel flavors. A plug-in hybrid option will also be available.

The B-Class’ only direct rival is BMW’s 2-Series Active (and Gran) Tourer. There are, of course, a handful of non-premium alternatives. Examples include the Fiat 500L, Ford B-Max, Opel Meriva and Volkswagen Touran.

BlackBerry and Amazon team up on vehicle data and software platform

All Rumors for Apple Watch 6 You Need To Know About

Google co-founder's next big project is reportedly a gigantic airship

Have You Got the Brain for Street Photography?

10 weird and wonderful gadgets from CES 2017

Guy Surprised with DSLR He Dropped Into a Waterfall in Iceland

What Facebook Live and Periscope need is a waiting room

Beyond Good: Ubisoft just made some of its best PC games free

Musk’s Master Plan has solar for everyone, but investors aren’t buying the dream — yet

Uber must turn over to Waymo information about its acquisition of Otto, court rules

Physical storage startup Makespace has a new CEO to represent it

How to watch The Last Dance: stream the Michael Jordan documentary online anywhere