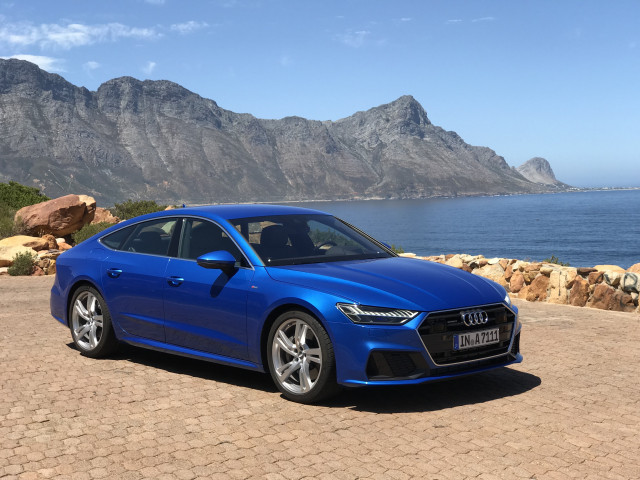 Cape Town, South Africa – The South African landscape is unusually parched. Late January is midsummer here, and the country is in the throes of a drought that threatens the water supply. Day Zero is April 16, about a month before the rainy season that could stave off this water crisis. It’s an impending problem for a beautiful country still transforming from the oppression of Apartheid to a more equal society.

I can’t help but feel guilty behind the wheel of the 2019 Audi A7, a luxury car that represents a transformation of its own. It started when Audi set out to turn the A6 sedan into a four-door coupe and wound up with the 2010 A7, a grand tourer that delivered equal parts beauty and utility with its sleek hatchback shape.

This is the second-generation A7. The coupe-like hatchback styling remains, this time more chiseled with sharper lines, but this car is more evolved, more advanced, and more in keeping with a modern Audi. 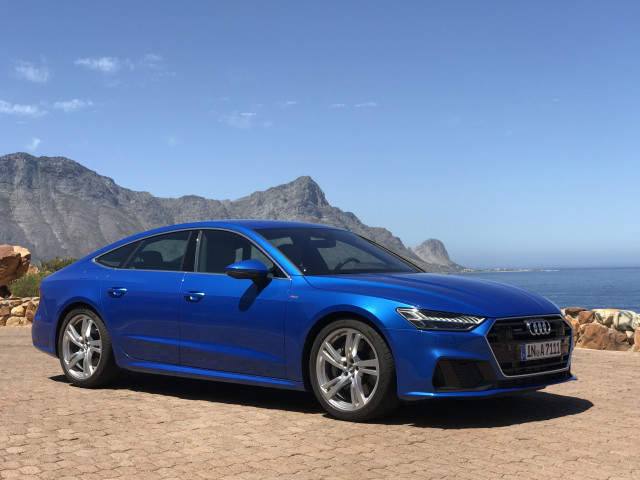 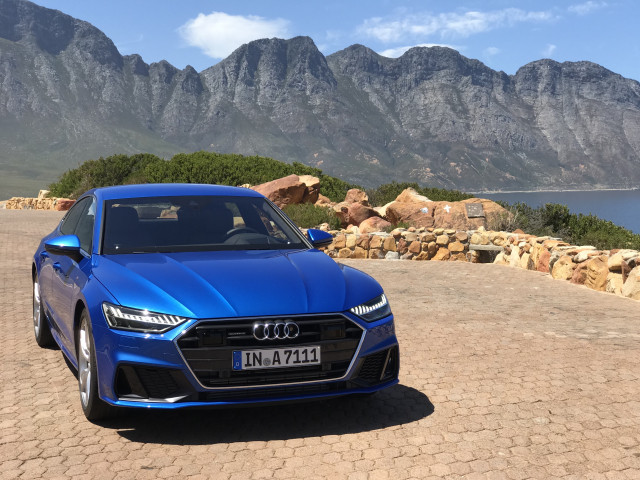 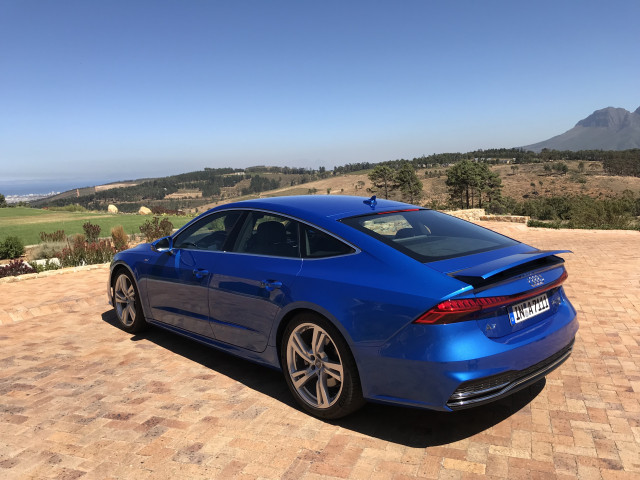 My morning consisted of a 90-second shower paired with a fair share of guilt, and now it’s time to get a taste of the new A7. It’s an odd thing to drive a luxury car in a country with income inequality issues that far outstrip any we see in the States. Yes, Cape Town is cosmopolitan, but the outskirts of the city are dotted with shantytowns that house many of the city workers, who travel back and forth in ubiquitous white vans. To make things more confusing, we are driving left-hand-drive cars on the left side of the road. First-world problems in a third-world country, right?

Audi has arranged for us to set up camp at the beautiful Da Capo Vineyards outside the city. Affording beautiful vistas and nearby access to coastal roads, it’s every bit as swanky as an Audi owner might expect. Getting there, however, requires a drive through one of those shantytowns, a reminder that Apartheid still holds an ugly legacy here. Abject poverty and this beautiful estate sit no more than a mile apart. Still, the locals appreciate the car, with kids running alongside it as we pass.

The 2019 Audi A7’s advanced technology starts under the hood, which is home to a familiar 3.0-liter turbocharged V-6 that sends 340 galloping horses through a 7-speed dual-clutch transmission. What’s different is the addition of a 48-volt mild hybrid system that makes the stop/start technology work as smoothly as you please and keeps the A/C on at stops. European models also benefit from a coasting function that shuts off the engine when not needed between 34 and 99 mph to save fuel (0.7 liters per 100 kilometers to be exact), but that system was deemed to restart a tad too slowly when re-engaging the throttle for American tastes.

BorgWarner joins hands with MTU, others on connected vehicle project

Sharing Photography to Reclaim the Streets from Gun Violence

Which tech company is Uber most like? Its answer may surprise you

The next major Windows 10 update is launching on Monday

Keyboard and mouse games are coming to the Xbox soon

Be A Bug Bounty Hunter: Google Is Offering Up To $200,000 For Android Exploits

Facebook partners with Google, others to launch a new JavaScript package manager

BMW comes out with M Performance parts for 2021 5-Series, including M5